3SOME is about the macro and micro of shame.

Shame is the first emotion documented in the history of men.
Adam and Eve exchanged their naive happiness for awareness. The ability to distinguish between good and evil accompanies the perception of ones imperfection. Only those who are unaware are free of shame. The fig leave only clads the fear of contempt. Shame is the fear of contempt. If you choose to do bad deed, you saddle yourself with shame. A lot of childhood memories stay in our mind only because of the intense feeling of shame.

3SOME consists of two parts: The first part is the encounter of the Israeli Nir de Volff and the German Knut Berger. What are the differences between national shame and private shame? How do the German and the Israeli differ in their relation to shame? What's worse: being Israeli, or being German?

In the second part of 3SOME Nir de Volff meets the palestinian Sahara Abu Gosh.

Sahara Abu Gosh was born and raised in Ramallah. Since 2 years she's lived in Berlin, working as an actress and belly dancer. Together they worked on a modern version of the musical "West Side Story" mix with "Who's Afraid of Virginia Woolf",What does the reality they build look like?

Can they rise above their shame and bridge over the political disgrace?

Where are mental and physical borders in the contact between an Israeli men and a Palestinian woman?

Produced and supported by Dock11 Berlin 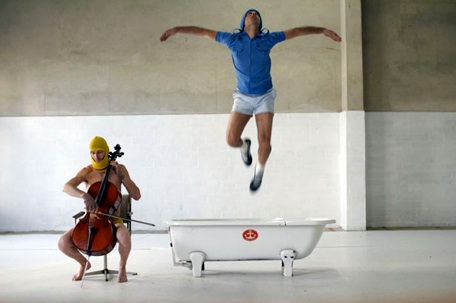 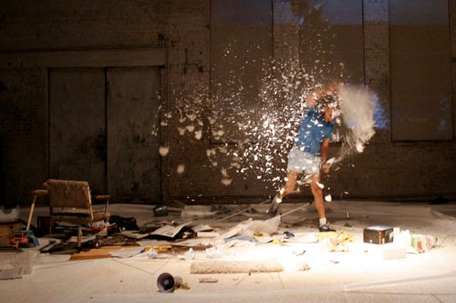 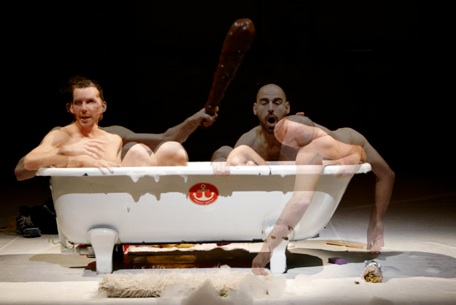 Prev
150/Denkmal
Next
Believe it or Not