TOTAL BRUTAL was officially founded in Berlin 2007 with the premiere of the performance "3SOME" which toured worldwide.

The company has been working at Dock11 theater as a base and in 2013 expanded the productions to Sophiensaele. On September 2014 Total Brutal premiered at the prestige theater Schaubühne am Lehniner platz on a collaboration project with the theater director Falk Richter,  on 2019 at Thalia theater Hamburg with director Anto Romero. TOTAL BRUTAL works with a wide range of professional performers and with different theater ranges from small to national.

In 2015 the work can be seen as well at Maxim GORKI theater in Berlin in the frame of Nurkan Erpulat show.

In 2016 the show “Cittá del Vaticano” was created together with Falk Richer in Wien in the frame of the prestige Wiener Festwochen festival. In August 2017 come the special project (work in progress) “Come as you are # 2017“ with three Syrian dancers-refugees living in Berlin. In summer 2020 the second part of “Come as you are'' will be premiered with the support of Berlin’s Senat for Culture.

Nir de Volff collaborated as well with artists such as the group She She Pop at HAU Berlin, Katarina Niminnen at 3. Stock Volksbühne and with Fouad Muhamed(Amsterdam-Cairo).

It is dedicated to a major discourse and reveals its preliminary answers as expressive physical performances, full of poetry and humor, provided with the ethic to stay true and honest.

Nir De Volff Born and raised in Israel, started dancing at the professional school Bat Dor in Tel Aviv which is related to the Royal Ballet Academy of London.

De Volff danced in several companies in Tel Aviv, and created at the Suzanne Dellal center his first piece at the age of 23. He also performed as a guest in Pina Bausch's "Viktor" during her Israeli tour. 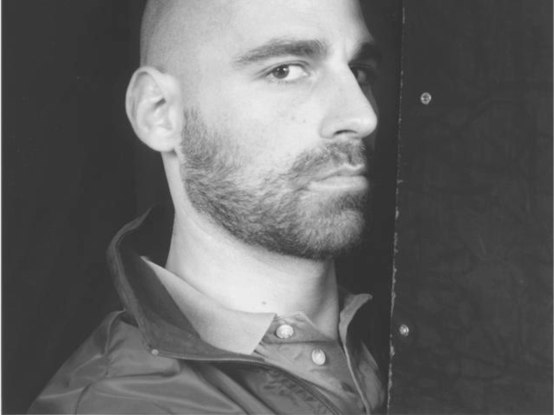 De Volff moved to Amsterdam in the beginning of the millennium. For the next few years De Volff received consistent support from the production house Dansmakers. In the end of 2003 he moved to Berlin, joined the company of Constanza Macras at Schaubüne Berlin and found a warm place at Dock11 Artist's residence. De Volff has created and collaborated a few times with the performance group She She Pop at HAU Berlin. De Volff created his first show in Berlin called "Dolly in the city" at Sophiensaele's Tanztage 2004 festival as part of a trilogy performed and created in Prague, Amsterdam, and Berlin.

In the summer of 2007 De Volff founded his company TOTAL BRUTAL and collaborated with the actor Knut Berger and Sahara Abu Gosh on the piece "3SOME" which toured around the world. In 2008 he created "Believe it or not", 2009 he created MATKOT, choreography at Frankfurt opera house for the opera director David Herman and For the first time in its history, Berlin's New Synagogue in the Oranienburger Straße opened its doors to an art site-specific performance: ACTION.

In 2010 De Volff created in Bangkok the show ON AIR, a culture exchange project with Thai artist and his company. Later in Berlin he created the shows MATKOT and PICNICS WEDDINGS & FUNERALS.

2011 he created KOMOT in Berlin and collaborated in Holland with Egyptian dancer and Israeli Arab musician the show COME AS YOU ARE. He was invited to lead a creative school youth project in Liege Belgium. In 2012 he was invited by Goethe Institute Sao Paulo to create KIKAR at the renowned theater SESC Pinheiros, a cultural exchange project with Brazilian performers and his company.
2013 the show DIARY OF A LOST DECADE opened the Goethe Institute festival in Tel Aviv and later premiered in Sophiensaele Berlin.

In the beginning of 2014 He created movements for “Small town boy” a theater play by Falk Richter at Maxim Gorki theater and presented a one time live music and dance event at the Berliner Dom, the biggest cathedral of Berlin. In September 2014, de Volff collaborated on the show “Never Forever” with the theater director Falk Richter at Schaubühne am Lehniner platz in Berlin.

The show is part of the theater repertoire. On June 2015 the company was invited to create a site specific project in Leipzig’s most important art gallery Halle14 with cooperation of Loft theater. On october 2015 De volff worked with actors from the Maxim Gorki theater and created choreography for the new show of Nurkan Erpulat’s season 2015-16-17.

In 2016 the show “Cittá del Vaticano” was created together with Falk Richer in Wien in the frame of the prestigious Wiener Festwochen festival. The show “MAYBE” was created for students at SEAD dance academy Salzburg. In the end of 2016 de Volff created and performed the solo “Love & loneliness in the 21. century”. It is the first solo performance from TOTAL BRUTAL.

On March 2017 de Volff created choreography for teenagers at Staatsspielhaus Dresden. On August 2017 the historical work of de Volff “Come as you are # 2017” premiered.It is a work in progress with three Syrian dancers (Refugees) living in Berlin.It is the first time Israeli and Syrian artists were working together. On January 2019 de Volff’s choreography for the Project “I AM EUROPA” by Falk Richter were taking place at Theater national de Strasbourg and toured across Europe.

In August 2019 De Volff created a culture exchange project in Macau, China. On October the show “Neverland” premiered at Thalia theater in Hamburg. On February 2020 he created choreography for the multidisciplinary show ”Europe los tutelandos” at Matadero theater in Madrid.During Covid-19 Nir de Volff was invited to create two pieces "WIR" and "JOY" for the new mixable dance company "Forward Dance Company" at LOFFT theater in Leipzig. In July 2021 the second part "Come as you are # Teil 2" premiered in Berlin, a project with three Syrian dancers that follows thier cultural adaptation in Germany and Europa.