In broad daylight a random group of individuals collide and interact, each one a unique puzzle of impressions and memories, delicately enveloped in personal pasts and social backgrounds. As these are exhibited, the dancers mix and match in a dance of personal and collective memories.

Amidst the hustling and bustling and bumping into one another, new languages are found in an approach to exchange each other’s stories and conditions – a Babylonian Bash. 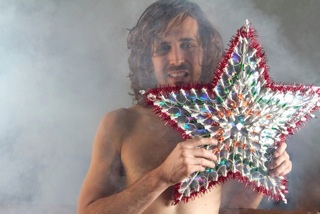 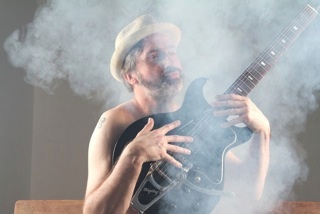 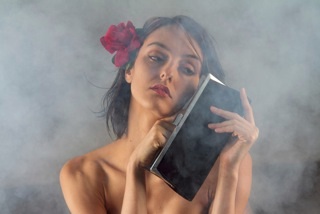 In Kikar, cultural, psychological, and biological depths are revealed in their indefeasible truths. The performers show human behaviour on a public square, a collision of bodily borderline behaviour, as each one reveals and expresses his or her individually triggered state of Saudade. Saudade: A deeply emotional, nostalgic state of yearning for an irrecoverable object, and of its spontaneously revived reminiscence – a travel in time to the pleasureous moments lingering within oneself – a déjà vu.

Personal Saudade-stories portrait and caricature the performers. And mesh for mesh, bodily memories gradually fragment and dissolve the collective image. It loses its form, and the individual movement supersedes. The mundane, the banal, the ordinary – with every mesh the dance is de-ritualized and makes way for archaic aspiration.

In KIKAR, dancers and performers are united that were originally alien to one another. German dancers from Berlin and Brazilian dancers from Sao Paulo meet and are forced to newly define each other, expressing on a bodily level themselves, their nationalities, their hopes, and desires. They are strangers in a public scenario, in disharmony, with tendencies of approach and withdrawal. 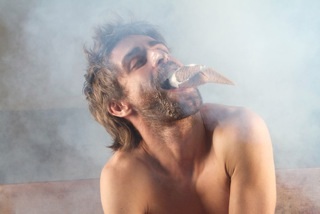 Prev
Believe it or Not
Next
Diary of a Lost Decade