An aging traveler is bored in his
hostel room somewhere
in the world. 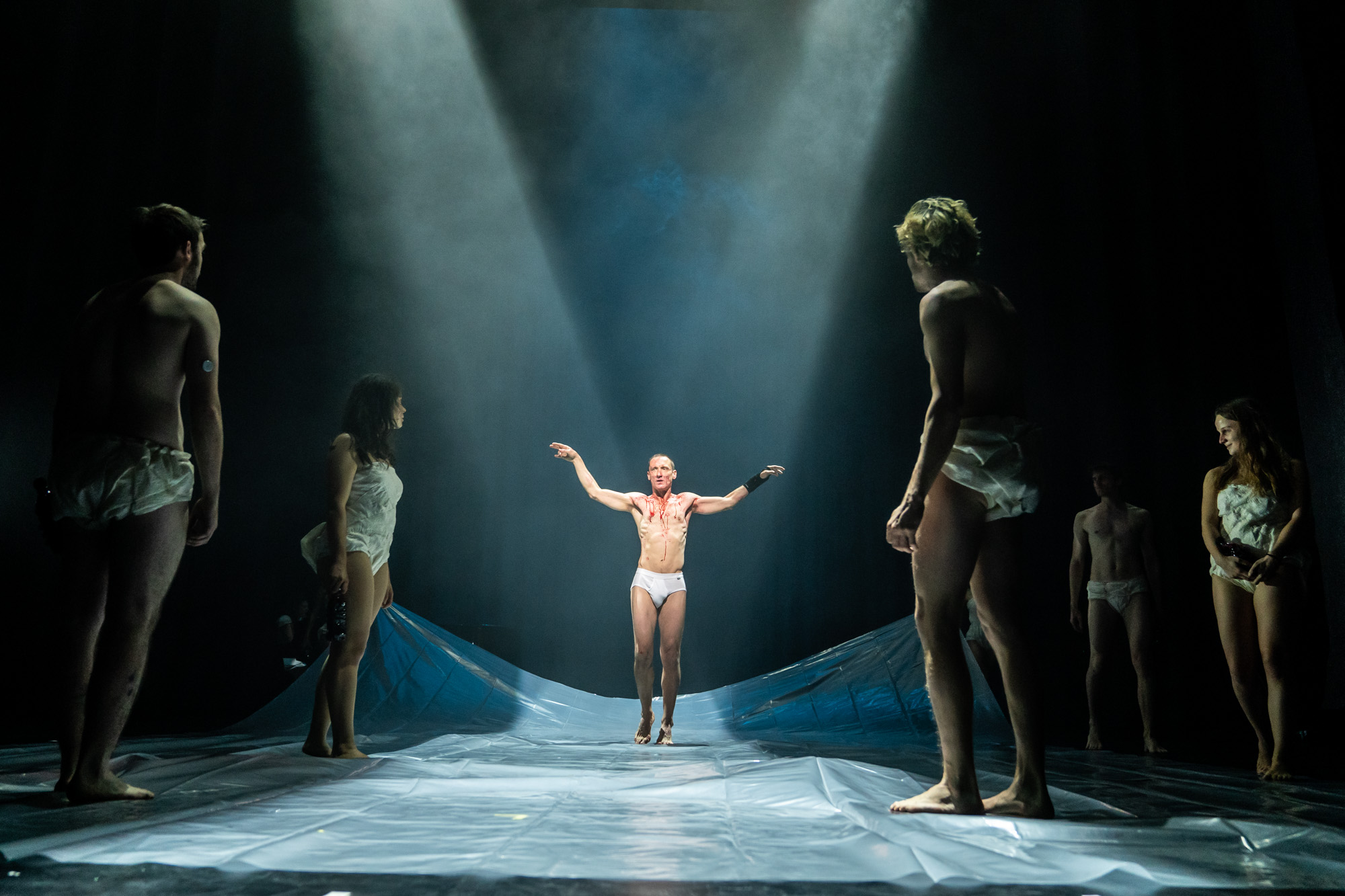 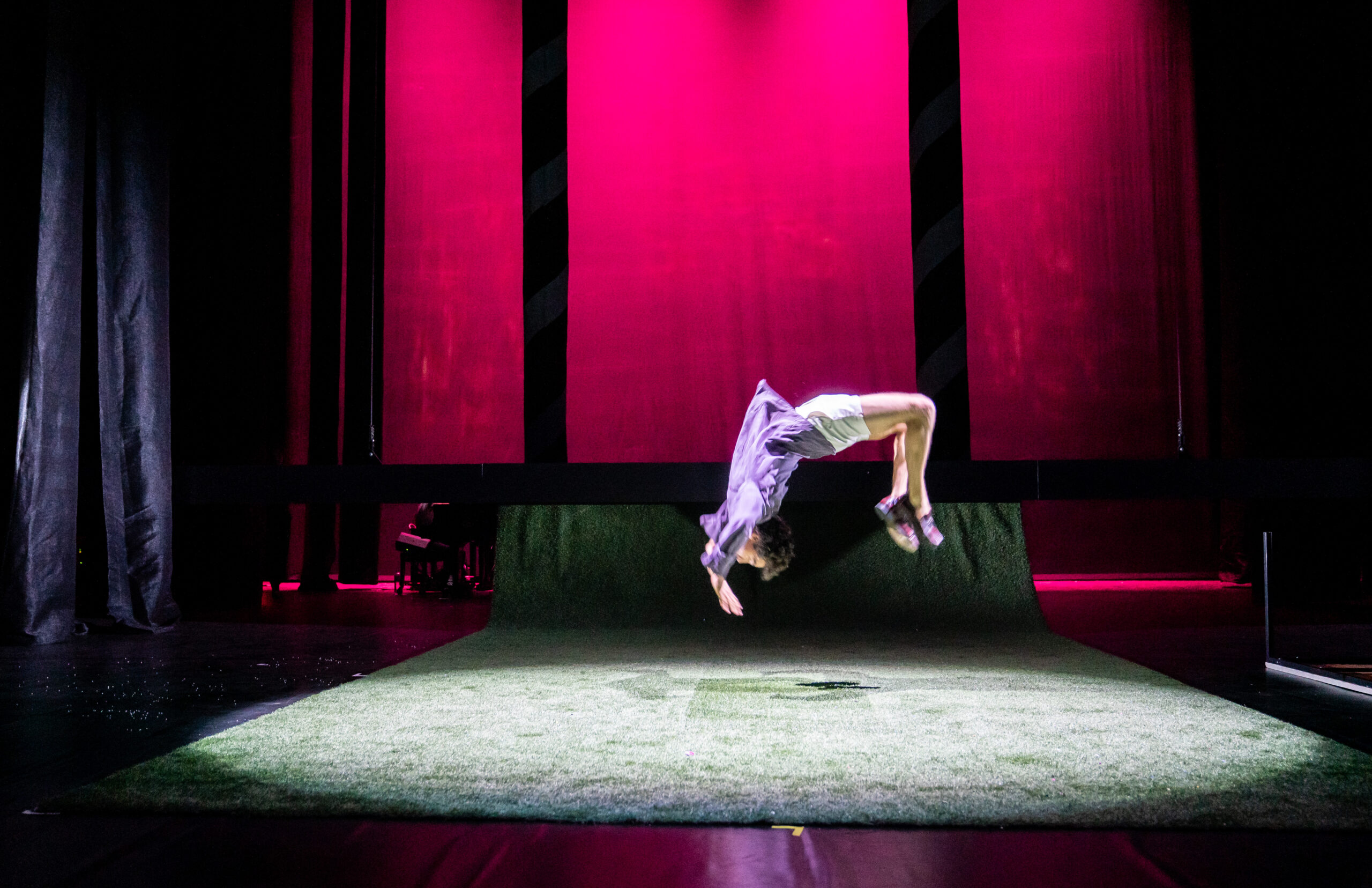 There is nothing he has not already seen. Then a young woman bursts into his room to take him to the fantasy realm of Neverland. Her constant companion is the prehistoric man George. He is half man, half animal and the last of his kind. In unconditional lapse, the traveler follows the two oddities through the night. Poetically, with powerful images dance and language, Antú Romero Nunes tells of a fantastic world that refuses to grow up.

Russia, Sweden, Slovenia, Belgium, Finland, Poland, the Netherlands, Austria and Germany - Based on motifs from J.M. Barrie's "Peter Pan," in this international co-production with three theaters and six drama schools, a multilingual ensemble plays, dances and sings a fairy tale for adults and composes a world melody from their mixture of languages.

Prev
The Epilogue
Next
I AM EUROPA