MIDBAR is the Hebrew word for desert. In the upcoming dance performance by Nir De Volff two men from Israel are stranded in the middle of the desert. The burning sun and lack of water brings the men to the edge of a state of collapse: Looking for water becomes an obsession. 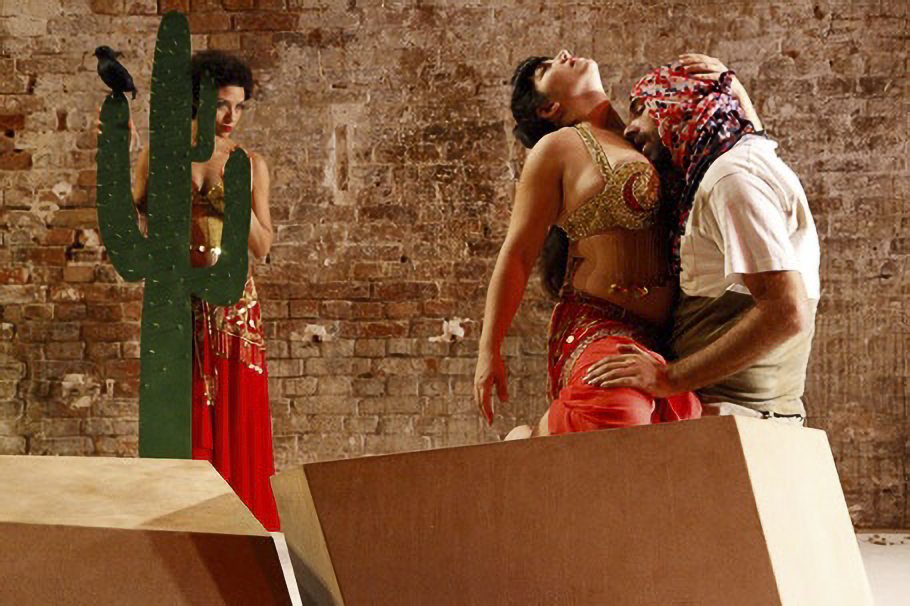 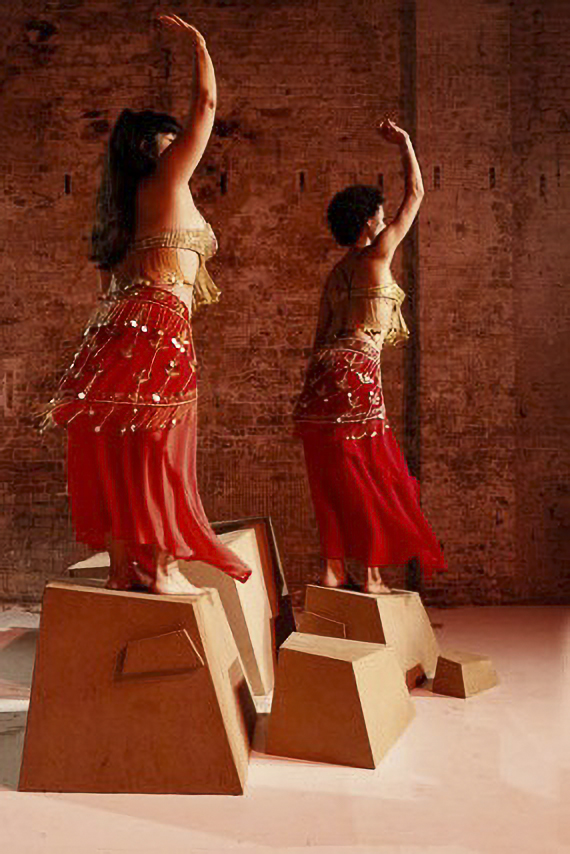 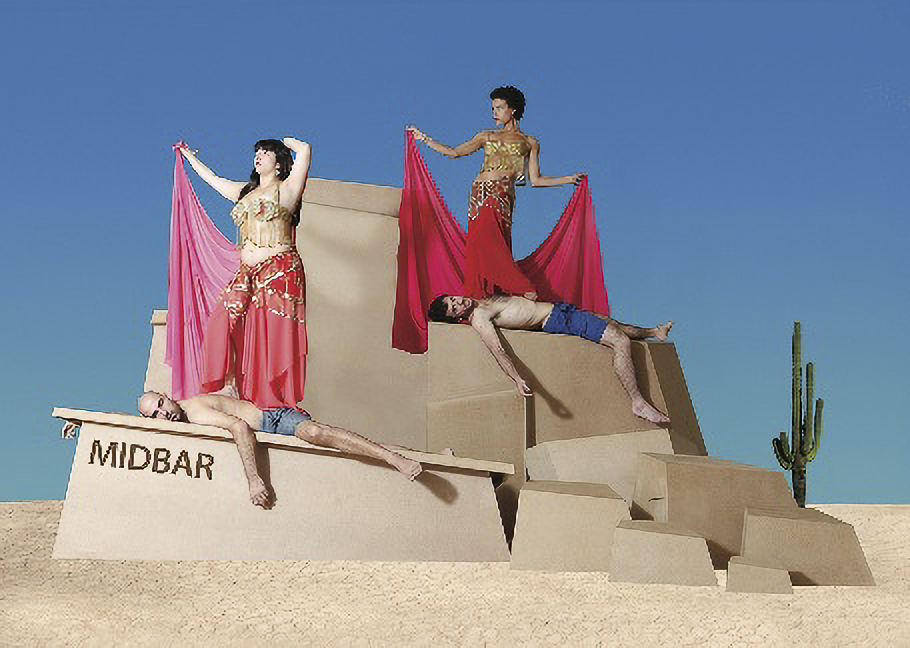 The two men start an absurd fight ,which soon turns into fight for their dreams. Are they still in the desert or already in Las Vegas? One is looking for a Palestinian belly dancer to waltz with her to the music of West Side Story, the other wants to build the house of his dreams without any neighbors and the daily fear of bomb attacks.

MIDBAR is a follow up of Nir De Volff's successful piece 3SOME: Again, two men meet at a deserted place. But this time the social and political contexts lie within the individual. Their fight for survival turns into a dream about their utopia. The surreal merging of the different images, the impossibility to take the desert for what it is a life-threatening force - stirs the hope that the men escape was successful in the end or at least, might have been.

A Nir De Volff / TOTAL BRUTAL production. Funded by The City of Berlin - Department for Culture. Supported by and produced at Dock 11 Berlin.